I’m unhappy with the character controller in the Sample. It’s been around a month since I decided to have a crack at improving it - I opted to use the AnimationController component, rather than deal with driving the animations myself, which it seems was my first mistake, at least with respect to the local player character. My second mistake, it seems to me, was to adopt Dynamic physics as the driver for controlling the player character - in both cases, we get less control, and run into lots of unhandled corner cases.

I’m tempted to scrap my current implementation of character controller, switch to a kinematic controller for the character (which means more work for me on the physics side, at the least), and use a small FSM for animation controller (data driven, of course).

Does anyone have some words of wisdom with respect to controlling non-trivial characters? Especially interested in what you may have to say about root-motions, and velocity-versus-force based motion approaches, but interested generally in hearing about non-trivial control schemes for player characters.

Hello, While exploring the Character Demo I’ve ended up wanting a more “kinematic” movement (specially going up/down slopes), similar to raycast movement, but without losing the benefits of the dynamic character controller, the collision detection and physics overall. After a lot of trial and error, I’ve managed to tinker the Character Demo and got pretty interesting results. The character no longer bounces when going up/down a slope, neither slide when stopped, while still being able to jump …

[quote=“JamesK89”]The character demo is nice and all but as most of us may know dynamic force based character controllers are highly unpredictable and don’t feel natural unless that is what you are going for. That being said I’m just wondering if anyone has come up with a kinematic character controller that uses custom movement and collision logic for that traditional FPS feel and control (? la Quake, Half-Life, Unreal, etc…)? I’ve been tinkering with Urho3D seeing if I can come up with someth… 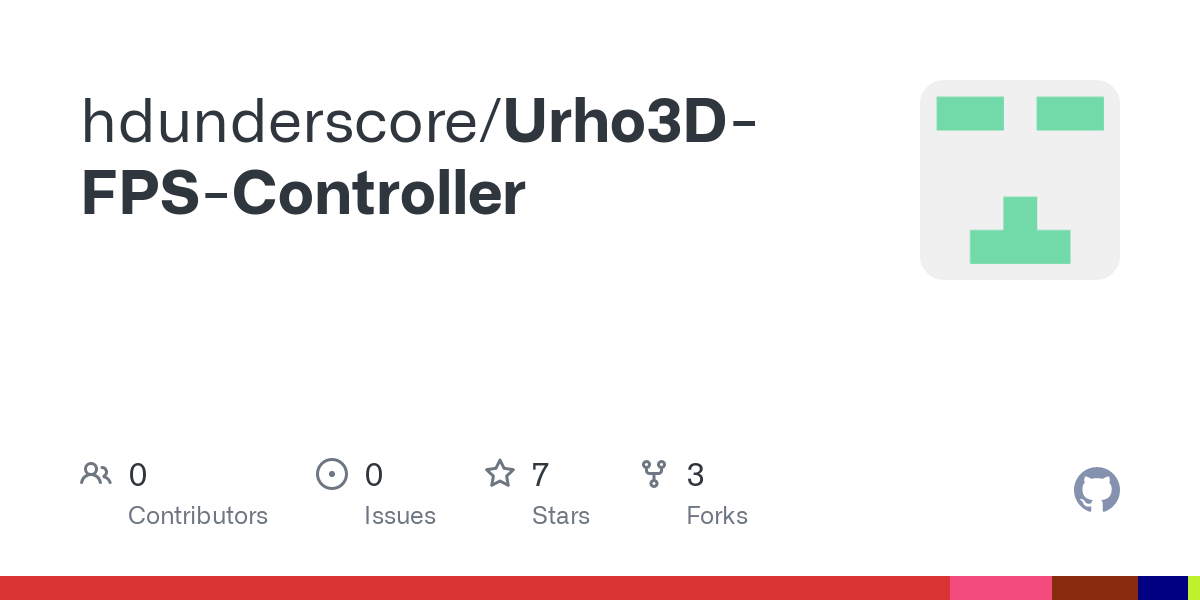 Contribute to hdunderscore/Urho3D-FPS-Controller development by creating an account on GitHub.

Hey thanks man, I processed all that, and unfortunately I am no better off - a wider search online for decent character controllers also turned up empty.

I think I should start by deriving a new AnimationController, one that operates as a finite state machine, and understands conditional state transitions. Once I’m happy with that, I can look at implementing a kinematic character controller, combined with a dynamic ragdoll rig.

Our AnimationController is a manager for AnimationStates. But hardcoding logic switches on top of it is not as flexible as a data-driven approach.