Not sure what to call it really, but it helps characters walk over objects.

You’ll get what I mean in the video - need a better name!

What about portable steps?

If you’re considering naming it, do it fast because I’m done with the implementation and testing. Whatever the name I choose will become the github repo name.

I’d simply name it UrhoStep, so it sounds something like Euro step, that basketball move…

The Euro step or Eurostep is a basketball move in which an offensive player picks up his dribble, takes a step in one direction, and then quickly takes a second step in another direction. It is intended to allow the offensive player to evade a defender and attack the basket. According to New York Times writer Jonathan Abrams, The move is a crafty way to distribute the two steps allocated to a player after he stops dribbling, and it goes right to the edge of being a traveling violation. Anecdotal ...

Thank you all for your suggestions, but I decided on this: 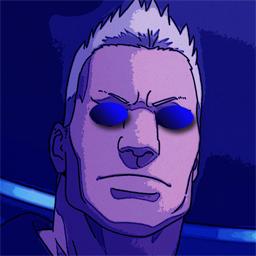 Urho3D-Height-Stepper - Physics object which helps character step over objects in the world.

I don’t like how this works and just may try something else. There are two limiting factors that I dislike, both related to animation and should do away with relying on animation all together.

If anyone was testing this, I’d appreciate any feedback on the new implementation.

Ok, I’m wrapping this up. repo updated - steppernode is no longer enabled/disabled in the stepperenable() function to save btrigidbody from being destroyed and re-added to the world.

One should consider calling stepperenable from the Character class when jumping/falling to prevent the stepper from catching on to a side of a wall or whatever.

Hi,
have you tried to benchmark how many characters it can run at the same time?

I haven’t specifically benchmarked the height stepper, but I have benchmarked kinematic, trigger bodies that constantly move in the world - see