How to make a load bar when change scene

im creating scene by code…not by load from file/xml/json.
every element in my scene was created by c++ code.
the load bar will add 0.1% when each element was created!
how to do this async?

True scene loading on a background thread isn’t possible, or recommended. However you can do async scene loading which loads only a small bit each frame, so that you can run animations in the meanwhile, and keep checking the scene load’s progress. See Scene::LoadAsync() or Scene::LoadAsyncXML() and Scene::GetAsyncProgress(). An event will also be sent upon load completion, see E_ASYNCLOADFINISHED in SceneEvents.h.

My C++ state manager is inspired by a nice Urho-flavored one by OvermindDL1. A State subclass can handle incremental scene creation while displaying updates, for example.

I have been pulling out a lot of code that I have been sharing between my projects in to a library that they all use and have been using it for a few months now, it is not big yet as I still need to pull out more in to it (especially the Input Mapper), but it is still useful even as small as it is. It currently contains a few helpers for the primary Application, an AttributeEditor UI creator for many of the attribute types, and an Urho3D style event driven state manager with loading screen supp… 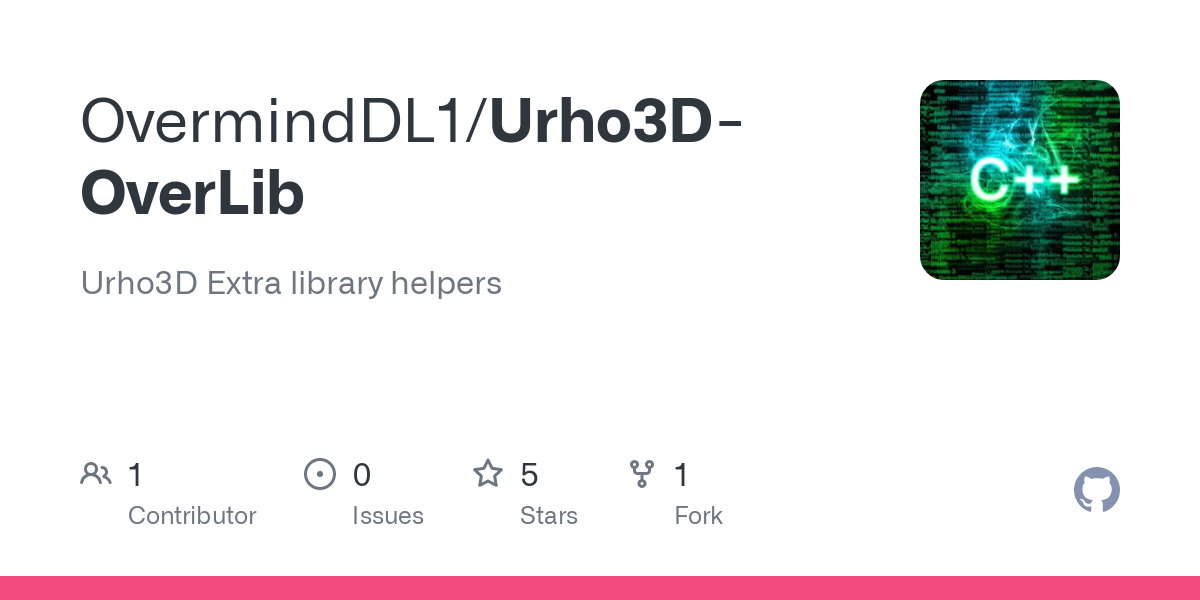