There seems to be some general interest in the addition of an IK solver to Urho3D (such as this feature request and of course the need for IK in my own project). I think it would be very cool for Urho3D to have this capability, so I have taken it upon myself to implement this feature request.

) could give me the “good to go” as well as some advice on some of these points.

My current concept for approaching this are 3 new components: IKSolver is attached to the root scene node and - as the name implies - is responsible for solving all IK constraints. I plan on implementing the Jacobian Inverse method and the Jacobian Moore?Penrose method for starters, but will probably also look at implementing a more robust algorithm in the future.

IKEffector can be attached to any node in the scene and marks that node as the beginning of an IK chain. The effector has the methods SetTarget() for controlling the target location of the node and SetChainLength() to control how many parent nodes are affected.

IKConstraint is attached to nodes part of the IK chain and is used to “fine tune” the behaviour of each node (things such as the “stiffness” and scale factor).

1) When to apply IK
The IK solver is capable of solving an entire scene graph in one pass, so it would make sense to have it kick in only once when needed – whenever a node part of any IK chain becomes dirty. As I see it, this should happen after animation states have been applied, meaning in E_SCENEDRAWABLEUPDATEFINISHED. The problem is I can’t just hijack that event for IK because what if the user wants to add their own bone modifications in addition to IK?

I could insert a new event called something like E_INVERSEKINEMATICUPDATE which is sent just before E_SCENEDRAWABLEUPDATEFINISHED. This begs the question: Do we even need an IK update event? Is this the way I should go, or is there a better way I can insert myself into the engine?

2) Build system
Should I add a CMake option URHO3D_IK to include/exclude the IK solver, or should it be something that is always available?

That’s all of the questions I have for now. I’ll post updates in this thread as this project evolves. You can test my progress by checking out the branch InverseKinematics from here: https://github.com/thecomet93/urho3d/tree/InverseKinematics (currently there’s not much IK functionality).

I’ve hardly had the time to work on this (uni, exams), but I haven’t given up on this yet!

Below you can see screenshots of before and after the first iteration of FABRIK, the inverse kinematic algorithm I chose to implement. In this case, the arm consists of 3 rigid joints. The end effector is trying to reach a target located on the right (out of bounds). The neat thing about FABRIK as opposed to, say, jacobian based methods, is it requires vastly less iterations to reach a target, a single iteration requires less computing time, and it always converges (i.e. no singularities).

I also think that FABRIK is the way to go, as most of the things I’ve experimented with gave very unrealistic behavior.
Also one advantage of FABRIK is that it splits the tasks instead of handling everything blindly.
Keep it up 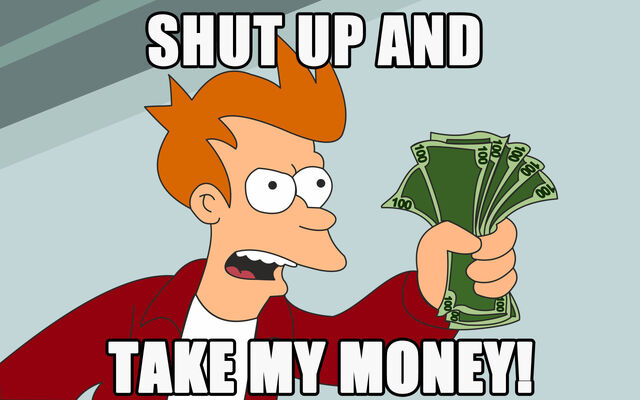 Today I implemented initial pose restoring, which allowed me to finally run the algorithm in real-time. Here’s a video.

I think you can see for yourself why FABRIK is superior. Just 10 iterations and the result is almost perfect. Jacobian based methods will often times require up to 1000 iterations to achieve the same tolerance.

So excited to use this!

Is it possible to write a grounder with those effectors? e.g: youtube.com/watch?v=9MiZiaJorws

Also, how are rotation limits setup?

[quote=“namic”]Is it possible to write a grounder with those effectors? e.g: youtube.com/watch?v=9MiZiaJorws

Also, how are rotation limits setup?[/quote]

Yes, grounders are the very reason why I started working on this in the first place. My dog model has 3 bones in each leg, so it was no longer a trivial trigonometric problem.

I’m thinking there are two possibilities to implement feet lifting off.

Rotation limits are currently on the to-do list, along with pole targets. I will most likely try re-use the bullet constraint component for this purpose.

I’m dying to see the integration of this with ragdolls and animation!

I like what you’re doing with this. Keep it up!

The solver now supports arbitrary trees, so if you should feel so inclined, you can solve for something like this (although I wouldn’t know why you’d want to): The point is the solver can handle anything you can throw at it.

Here is an in-editor screen shot of a two-effector one-subbase configuration: There is currently an issue with applying the solved angles back to the scene nodes correctly. I am working on fixing this.

The solver now supports arbitrary trees, so if you should feel so inclined, you can solve for something like this (although I wouldn’t know why you’d want to)

For On A Rainy Day-likes.

That is really cool feature for procedural creatures like in spore.

Hi,
This is the example to update the angle for forward kinematic. You would similarly applied it for every kinematic link on a chain.

You could also reset the rotation before those calculation to avoid drifting of the twist angles on the links using node_lArm->SetRotation(Quaternion());

That looks great! Any updates?