Some quick and not so fancy demo of my .NET 6 multi-platform game development editor
Runs on Linux ,Mac and Windows
Supports deployment for Linux , Mac , Windows , Android , iOS and Web (more platforms to be added , AR,VR,MR)
Written entirely in C# , runs on top of Urho.NET (.NET 6)
Fluent interaction with Blender and VS-Code (official unmodified versions)
VS-Code debugging , autocomplete , …
Game Models modified in blender are instantly observable on the editor side.
Blazing fast compilation of the game C# code ( less than 100 ms)
Still ongoing development , bugs to fix , new features , new platforms .
I didn’t decide yet but might be released to the public in the second half of 2023.

P.S. the game runs slower on the editor side in order to allow debugging of the game , but blazing fast once deployed to the Desktop/mobile/console , I might do a video regarding game deployment in the future. 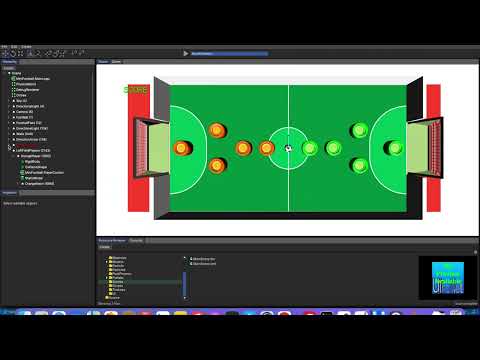 One of the most efficient developer ^^. Your lib provides many great features for single developer.

I think you need to update the link to your git instead. The Urho.Net link take people to no where.

I think Urho3D should have a forum for this, as the code was very close to base version previously.

PS: I can confirm that the urho.net links is broken

I can confirm that the urho.net links is broken

The Urho.Net link take people to no where.

it is not link, it is name of engine