Some nice assets to make an Urho3D demo from

I hope someone would be interested. I’ve imported couple free/cc assets into Urho3D: 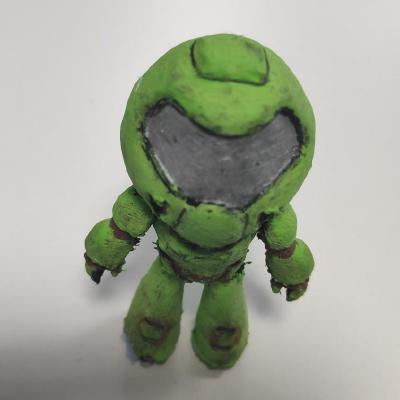 Could someone help me to make pretty Urho3D demos from it? By “help” I mean fixing materials, lighting etc.

Good job!
I think the best direction is to make all materials PBR first… Unsure if I have time for it now, but it definetely should be done at some point.

I hope this would inspire you - all materials converted to PBR.

Nice.
It could be good start point for technical improvements in shaders and posteffects (e.g. SSAO)

BTW, @dragonCASTjosh, any ideas about this (Fresnel?) noise at the edges?

Nyra is very nice. Is it rigged?
20K tris will be perfectly shown even on low mobile devices.

I don’t think so.
You could try Mixamo to make it moving quickly, but it could have problems caused by model pose.

There is a T-pose available. I just ignored it. From what I know there aren’t bones in it too.

@glebedev nice work on getting SanMiguel in engine, if possible can you include roughness/metallic maps for the materials

There is a T-pose available. I just ignored it. From what I know there aren’t bones in it too.

I’m about these pixels:

If I understand things correctly, the noise appears because non-metal materials get reflective at the very tiny edge.
It will probably look much better with screen-space reflections (Note: second important thing).

Yea from my understanding it a mix a small things such as no AA, secular aliasing and maybe a few issues with some of the Fresnel math. Its something ill be keeping my eye on and if its still a problem after TAA and AO then ill come back to it

Here are two rough-draft PBR roughness/metallic map textures for anyone to play with. It’s very unfinished (e.g. much of the gold is not yet ‘metal’).
Created from the full-resolution TGAs for body/head (at 48MB/12MB). Ad-hoc process: Invert specular map for roughness (red channel), various tweaks for metalness (green channel). The gallery shows some downsampled versions of these.

Sorry, it took me so long…

What’s with the white spots?

What’s with the white spots?

It’s the pair of scene setup and non-HDR pipeline. The skybox that’s included in the sample content isn’t suitable for PBR - it’s both inappropriately high resolution and doesn’t have convolved mipmaps.

You can see the skybox in the nose, forehead, and corners of the skin around the eyes - which is going to be partially from mips not being convolved and the PBR shaders not being great for skin. White-leaning cubemaps are also generally problematic.

The HDR pipeline would smooth out the severity of the highlight edges during the tonemapping/bloom.

Fixed by switching to HDR skybox.