Hello, I have encountered a weird issue.
I tried 3 fonts - Arial, Times New Roman and Tahoma - and with all of them the UI fails to display a simple minus sign. Perhaps there is an issue with other characters as well, but this was most glaring as I can’t display negative numbers. There is no whitespace or anything, the text is just shown as if there is nothing there. Escaping it did not do anything either.
Note that it does work with the default UI’s “Anonymous Pro” font but that is not really a solution for me.

Anyone have an idea why this happens?

Which minus sign? If it’s an en or em dash I could see it being that the font doesn’t allo the non-ASCII character by default. I have no idea if that’s the actual cause, I just think it might be a possibility.

Edit: I tried it myself with Arial and I couldn’t get the “-” to display without using font size 64. Hopefully someone more knowlegable can help, as that seems to be a serious problem.

Could you log it as a bug in the issue tracker. Hopefully GitHub will suggest the person who last contributed the code for TTF rendering and you can ping him. I can’t recall his name off hand now.

I was surprised about the ‘-’ char code missing in arial.ttf and I looked into this bug. The bug lies in FreeType lib.
code that Urho3D calls are:

and no where from the 1st call to the last is ‘-’ returned, eventhough, that charcode exists. FreeType is now 2.10 something and might have that fix.

Temporary fix would be to add at

Pic or it didn’t happen? 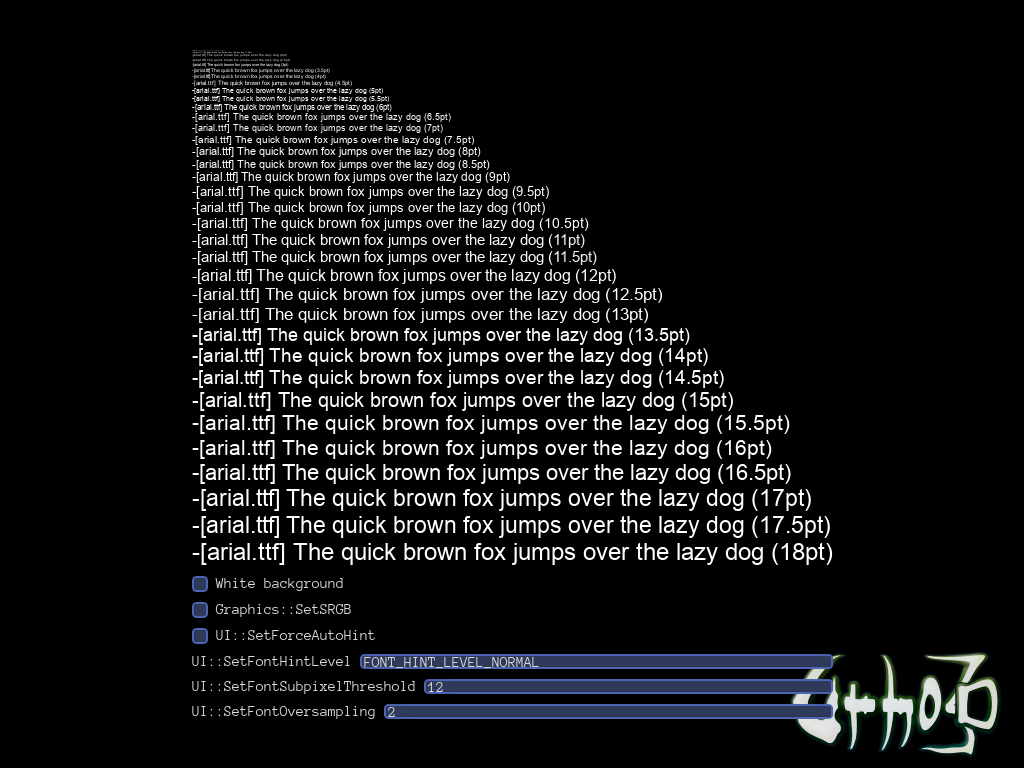 EDIT:
This also source of the problem with space: