I don’t have any experience with PR or really open-source development at all. But I’m familiar with how it works. This sounds interesting and I think the information gained from either success or a mess would be valuable to regular Urho3d. I won’t be doing any developing, but I’ll be happy to play around with the end result of the experimentation.

There is only one thing I would propose/hope. Hopefully when we cherry-picking the good bits from this new community fork, we don’t have to treat them as third-party, that is when the code are contributed by its original author they already agreed to the same contribution checklist of Urho3D project and to be using MIT license with the same copyright statement.

Nevermind, I’ll just leave you guys to your dark ritual.

…and adopt Urho as a patron saint.

Anyone has the right to fork in open source project.

The fork will have the same license with “Urho3D project” copiright so no consent is required, but of course it’s better to add a mention of the transfer

I’m not stopping anyone: Go ahead… fulfill the prophecy. 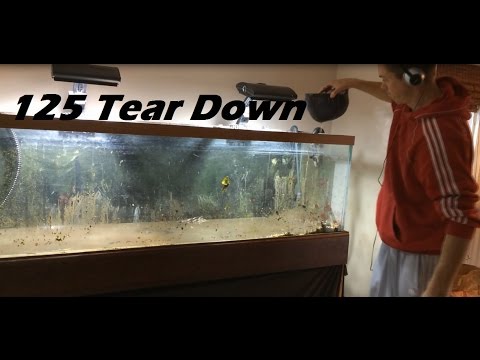 Is it possible to fork repo to same organization?

glebedev and Eugene helped me make the rules. Any notes?

I don’t think it’s possible to fork to the same GitHub account, I think you have to just make a new repo and then push from a local copy. Though it seems you can also import it from GitHub. Either way, it looks like it’s not possible to create a PR from the new repository to the old one.

I like the rules. I think I might mention the binding generators in point 6 to emphasize that this is a lot less work now than it used to be. Though I think it’s also not necessary to do so.

Also, it may just be the forum’s flavor of markdown, but I think if you add a few more spaces before the sub items bullet points in point 5 they may end up indented and appear as more definitive sub items rather than seeming to be at the same level.

I have been thinking, why not you just do the work on the master branch directly then. You can make a copy of current master branch to another branch and named it “stable” or “main” or what have you. In the past we have kept our master branch as stable as possible, but I don’t think it has to be this way. It is a trade-off. However, since I will be taking a long break from this project, I don’t have to worry about it.

In the past we have kept our master branch as stable as possible, but I don’t think it has to be this way

Maybe that’s not a bad idea since newcomers probably won’t know about this approach and will keep submitting PR’s to master.

Anyway I think that this is a great idea overall. Master branch should be updated as often as possible even if it means that there are mistakes and/or bugs, releases should be used for marking stable builds.

Anyway I think that this is a great idea overall. Master branch should be updated as often as possible even if it means that there are mistakes and/or bugs, releases should be used for marking stable builds.

I don’t understand the goal anymore. Can you elaborate, please?

If you want to merge low-quality untested not-codestyle-conforming PRs (like @1vanK proposed), it cannot be master branch. I don’t think I need to argue why master branch is not a trash can. Especially given that we currently have “releases are outdated, use master branch, it’s stable” poilcy.

If you want to carefully review and quality-check PRs, I don’t see how it’s different from current PR policy.

You’re right, I think I ignored a few of the rules that @1vanK proposed. Ignore my previous post as it is not related to the proposal.

Looks, it is all the same, whichever repo or branch you want to designate it as stable and which one is unstable. If 1vanK wants it to be in the prime area under “urho3d” org then we need to two of them. One mark as stable and one as unstable. The new relax rules obviously only apply to the unstable branch/repo. I propose to use the existing master branch as the one designated for unstable because that is the branch normally developer assume to be the target of the PR.

It is just an idea. If he wants it to be a experimental fork outside then I will not suggest this in the first place. But if he want to make in the “urho3d” org, why not just switch places. You still have the stable branch as we have now, but just name it differently. Think outside the box. Or if you guys cannot wrap your ahead around still, leave the current master branch as it. Just name the new repo/branch as “unstable”. Cheers.

I think you still miss my point, but that’s OK. Just want to make a simple comparison. In Emscripten, they have a branch named “incoming” and another one named “master”. Over there, people understood to send PR to the “incoming” branch. We do not have that kind of setup for Urho3D project. But if we do, I would rather have “master” branch as the branch for accepting PR, because I find myself sending PR to non-default branch to be confusing. Of course, if we do this, the formerly known “master” branch will be renamed and maintained separately. So, you don’t lose anything in term of stability.

Again, this is non-issue if the experiment is to be carried out outside of the “urho3d” org.

Too risky experiment, I think. I just created a second organization for this.

No pain no gain

But, it is your call and I respect that.