I just started using urho and i have never worked with graphics / game engines before .

I had a question . i created a scene and placed a plane on it . Now i want to populate the place with some models but i’m unsure how to proceed .

I know the models can have a texure image but i want basically want to display an image and some text programmatically.

I have not chosen the shape / material yet but it will probably be a box unless someone has a better solution .

I’m trying to mimic a 2D material on a 3D plane . This is a rough example : 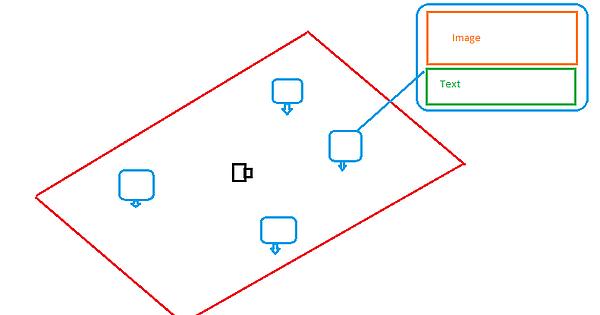 Any suggestions would be highly appreciated

Hey Jimmy, and welcome to the forum.

If you have not seen the samples… they cover a lot of stuff beyond the documentation.

Several of them create a scene with a plane and add objects to it.
SignedDistanceFieldText.cpp

If you wanted the UI element to activate on mouseover, Samples/08_Decals has an example of raycasting (‘picking’) and there are others: github.com/urho3d/Urho3D/search … =%E2%9C%93 and a number of topics around on that.

Just my 2 cents, let us know how things are going…